While I have plenty of projects and potential projects to work on, I seem to be hungry for new material. Recently, I was hunting for the source of a pdf copy of an out of print book that I had originally obtained from the Nippon Foundation Library a few years ago.

But, try as I might, I couldn’t find it anywhere. In fact, most of my saved links to the site appear to be broken. I hunted for the pdf book, but couldn’t manage to locate it. However, I did manage to run across an actual physical copy on a Japanese auction site. Now, I don’t actually need the book, since I have the pdf file, but it’s always nice to have a physical resource. 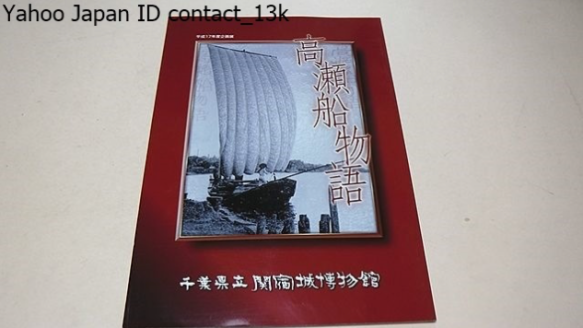 The book I found was one on the history of the Takasebune, a term for the various types of shallow-draft transports found on the rivers across Japan. Watch for an upcoming post on researching and reconstructing the Takasebune of the Tone river system.

The auction site was all in Japanese and appeared to require login credentials to use. So, I reached out to a friend of mine in Japan to see if he would be willing and able to help me out. Luckily, he responded quite quickly and we arranged for him to purchase it for me.

Then, in between our emails, I found another book that I actually don’t have, but looked useful. This one on boats of the Awa. Now, I don’t know if this is about boats of the old Awa province or of the Awa clan. I suspect the latter, given the book cover’s illustration, which shows a portion of a painting of a fleet of Awa clan ships. 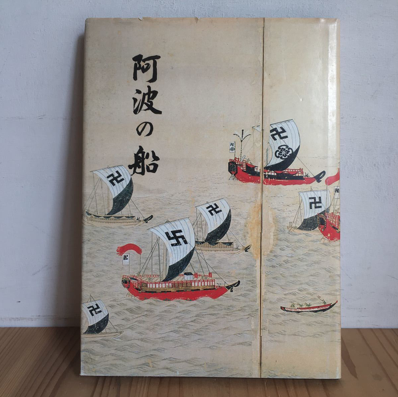 As it is, I’m a little familiar with the Awa clan, as I have a book on the Senzanmaru, which was a small, fast whaleboat-type that used by the Awa clan. That book also includes some close-up illustrations from a painting, which may even be the same painting depicted on the cover of this book on Awa boats.

In any case, the book was being bid on by another party, so my friend in Japan had to do a little work to get it for me, and I gave him permission to bid as much as 10,000¥. That’s about $92, but I have no other way to obtain this kind of information except by going to Japan, which costs a lot more. But, to both our surprise, the book sold for a small bid – I guess people in Japan aren’t that hungry for this kind of material. That bidding wasn’t won until the following day, so I had a whole day to look around at the other things I could find on the auction sites before I knew I had the book secured.

Somewhere during our email conversations, I realized that I have access to a buying service called Buyee.jp. This service provides me with a english language interface and allows me to find and purchase items on Japanese web shops as well as on Yahoo! JAPAN Auctions. I could possibly do this without troubling my friend any further.

I’ve used the service before. It’s linked to an account I have at Tenso.com, which provides an address in Japan that I can have products sent to. Tenso will then consolidate my items into one package and ship them to me. These two services are linked together, though I don’t know if one owns the other or if there is just some partnership between them. All I know is that the whole thing is easy to use.

Looking around Yahoo! Japan Auctions, I found three more books that interested me. One book is just a gamble. It’s about Takasebune of the Tone river, exactly the type of boat I’m now researching. But, I know nothing about how this book will be to me. It would be great if there are technical illustrations of them, but I’m not too hopeful. 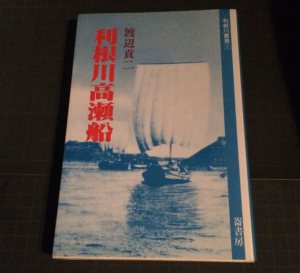 Anyway, I bid on the book and easily won the auction by the next day for 1000¥, or about $9.50. There were no other bidders on this book. Of course, using Buyee means there are small service fees, plus it has to be shipped to an address in Japan, then shipped overseas to me, along with whatever else I might get. But, it was an easy process. So much so, that I decided to try out the process on a couple more books I found.

I found a pair of books about the boats of the Toyama prefecture and they are clearly well illustrated with useful drawings. These turn out to be extremely relevant to me, as I’ve been discussing building models of Toyama boats with boatbuilder Douglas Brooks.  He is in fact currently in Himi, Japan (located on the Japan Sea coast in Toyama prefecture), to build a small workboat there, of which I am to build at least two models.

These books appear to be published by the museum there in Himi. My one concern is that the two books may be mostly or partly identical. I really can’t tell, but I’m not terribly worried. They are of different titles, and they wouldn’t be the first books I own, which have overlapping information. 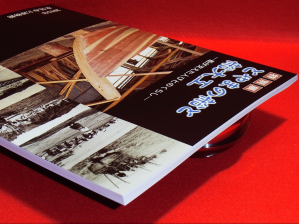 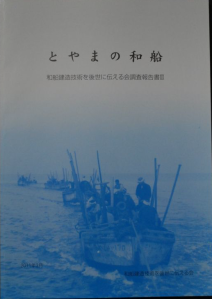 Now that the book buying binge is over, I’m going to have to pay a lot of money in shipping costs. So, I think the binge is now over. No more auction site madness for me for a while. I have 5 books coming from Japan in 2 shipments, and now I have to pay for them all, plus shipping them all from Japan. At least the shipping services are very quick, and I should have them all in a matter of a couple weeks.

I’ll post more about the books themselves once they arrive. Ω